A soy free cheese!  Daiya Cheese Shreds is making its way into stores.  Right now, you might be able to find it at some Whole Foods, otherwise you can find it online.  I just ordered some from www.veganstore.com.  They have cheddar and Italian.  Everyone on the gfcf board is raving about it.  It melts and is stretchy like real cheese and makes great grill cheese sandwiches or on top of pizza.  They say it’s quite tasty too.  The other cheeses out there are ones like Follow Your Heart, but they all contain soy.  This is the first soy free cheese.  It is also free of most all other allergens.  My daughter is so excited.  She has been begging me for pizza but we can’t do soy.  Can’t wait to try it.

Update:  We got our cheese and so far the kids love it as grilled cheese sandwiches.  We tried it on tacos and they liked it at first, but now prefer their tacos without cheese again.  We melted it and dipped corn chips in it.  That was good but the cheese didn’t stay melted for very long.  We used the mozzarella cheese on top of bruschetta bread. My daughter liked that.  The cheese only lasts about a week in the fridge, so I froze them in quart size zip lock bags.  I figured each quart size bag filled almost to the top cost about $8.  I tried the cheese with corn chips and I thought it tasted good, but don’t eat it if you have gallstones!  Too greasy and it caused me gallbladder pain.  It’s made mostly out of tapioca and arrowroot starch.  I have no idea how they get it to taste like cheese.  To me, it reminds me of the nacho cheese at movie theaters.  It has a strong taste.  Even my non-GFCF son loves it on grilled cheese with his regular wheat bread.  Amy’s has a macaroni and cheese microwavable meal made from Daiya cheese.  I have heard it is good.  I haven’t seen it in our Whole Foods yet.  I also made mac-n-cheese out of our cheese.  I cooked GF noodles, then added a generous amount of Earth Balance Soy Free butter spread, and threw on some cheddar cheese and some salt and pepper.  The cheese didn’t want to stick to the noodles, but once it melted some, it worked.  The kids ate it in front of the TV under dim light, and they liked it.  If they could see it better, they may have protested because the cheese did not stick very well, however, I ate some, and it tasted very cheesy still.  I thought the mac-n-cheese tasted really good.  We just made pizza with the mozzarella and my kids loved it.  They haven’t had pizza in a very long time.  We tried a GF pizza crust mix from a local place here that I didn’t think was very good, but they ate up every last bite of pizza.  I just bought a Namaste pizza crust mix that I’m going to try next time.  I made my own pizza sauce (I’ll post it tomorrow) and next time the kids want to add the following toppings: broccolli, sausage (I use summer sausage that I order from http://www.grasslandbeef.com/, that is grass fed beef.  They call it pepperoni b/c it’s in circles), ham, pineapple, bacon, minced garlic, onion, and green pepper.  They’ll probably eat it all too.  🙂  Next we’re going to try quesadillas with brown rice tortillas.

Miss Roben’s Allergy Grocer is back!  Yea, yea, yea!!!  The online allergy free store had closed down a few months back.  The store was sold and is now back open for business.  The web site is www.allergygrocer.com.  Our favorites are Miss Roben’s mixes of graham crackers, animal crackers, and chocolate cake.  We also just tried the new pancake and waffle mix and it was pretty good.  Much fluffier than most GF pancakes.  I like Miss Roben’s because almost all of their mixes offer an egg free substitute and the product tastes just as good with the subs.

Heinz Organic Ketchup is no longer gluten free.  Bummer!  I returned 8 bottles to Woodman’s the other day.  Apparently, if you look on their web site, they no longer list the organic version as gluten free in the United States.  It is still listed as gluten free in Canada and other countries, but not in the U.S.  No idea why.  The regular Heinz Ketchup is gluten free, but it contains corn syrup so we avoid it.  We switched to Organicville Ketchup.  It’s made with agave instead of sugar so I guess it’s healthier, but it also costs about twice as much as Heinz Organic.  Time to figure out how to make ketchup.  My past efforts have failed.

I found an all natural jar of marachino cherries at Whole Foods.  They do contain corn syrup though.   They taste just like the real thing, minus the red dyes.  Why they need to add red dye to red cherries is beyond me. They are located near the ice cream by all the ice cream toppings.  I discovered the juice from the cherries tastes really good mixed in with 7-Up.  Yum!  Tastes like punch.

Treating ADHD Naturally Conference - May 23rd, 2018 at The Westin in Lombard, Illinois

Looking for help implementing the Feingold or GFCF (gluten and dairy free) diets for your child with ADHD or autism? Or need guidance with biomed or anything else I cover in my blog? I'd love to answer your questions! Click on the image for details. 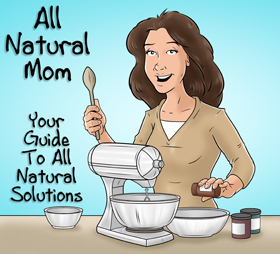