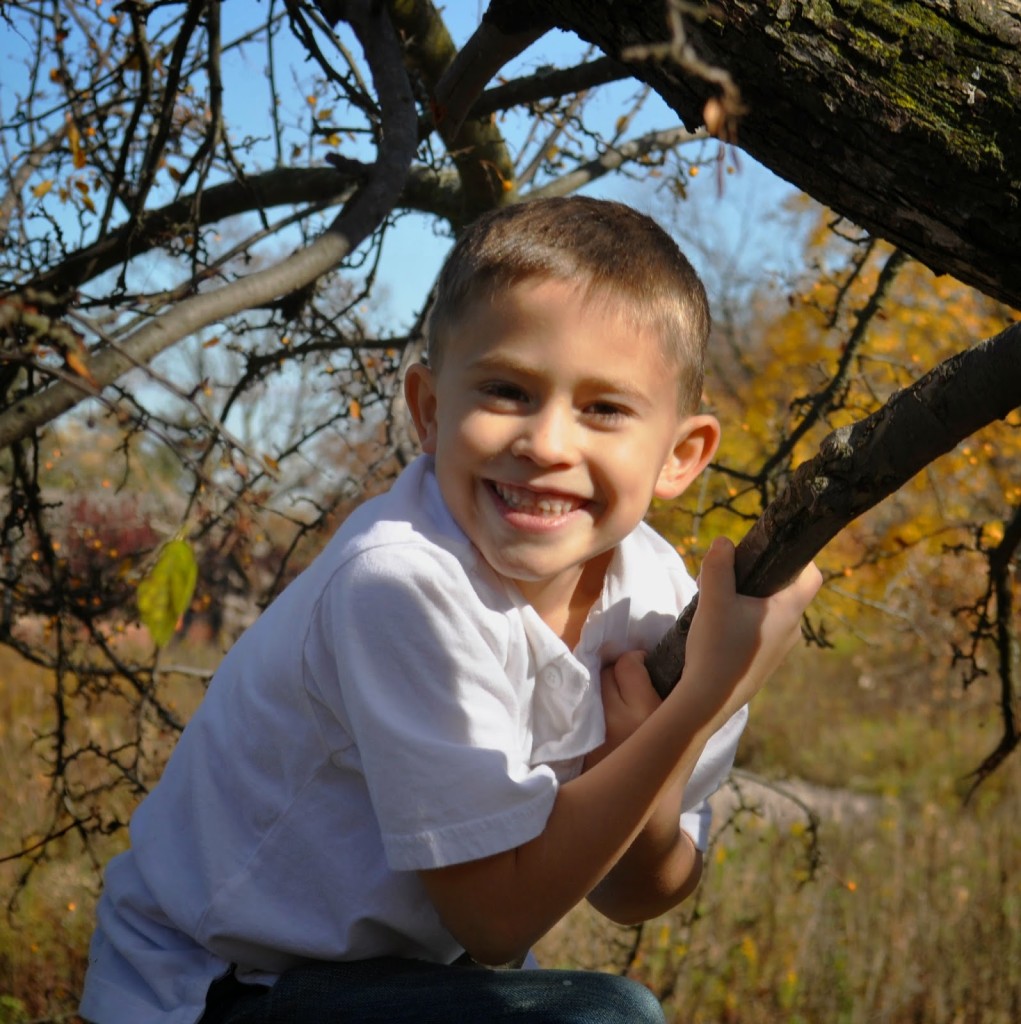 I hear this question a lot.  My short answer:  Absolutely!  This is my opinion of course, but I’ll tell you why.  I’ve listed my shopping lists, and some people may think that by shopping off this list, you’ll be doing the diet.  Yes, and no.  These are just my personal shopping lists, so if you have a child with ADHD or other issues, you’re going to be short changing yourself.  There is a whole lot more that is approved, that we just don’t care for, or can’t do because of other food allergies.

If you do not fully understand how the diet works, (and without buying the program, it would be hard to do that), you are going to be running in circles.  Could you try to do it on your own?  Yes, but I personally wouldn’t want to.  What you need to understand is that if your child has one bite of something with red dye or other chemical, that may set them off for the next 2 to 3 days on average.  So, you could be going to all the trouble of watching what they eat, and eating off the list, and then not seeing the results you would see, if you had been doing the diet fully and correctly.

Now, if you have a child who does not react so intensely to foods, or if you are just trying to eat healthier, I see no problem with just trying to go off this list to make some healthier choices, which is why I post them.  Not everyone needs to buy the Feingold program, but I do think that it is a great program and should be adapted by every family.  Had we not had a child with ADHD issues that drove us to tears and much frustration, I would have never gone searching for an answer and stumbled upon Feingold.  But, I’m so glad we did!

Today, I thank God that we needed to join Feingold, because I would have never changed the way we were eating, and never understood what goes into the foods I was feeding my kids.  No mother wants to feed their kids petroleum, chemicals, dyes that cause cancer and tumors in mice, and other nasty stuff that causes behavioural and health problems.  But the problem is, most mothers don’t know this!

As soon as I started on the diet, I remember writing a post on the Feingold board saying, “Why in the world didn’t I hear about this on Oprah?!”  I couldn’t understand why this information wasn’t more readily available and being told to us on the evening news, and honestly, I was mad!  My child was suffering, as was our family, and these food makers are well aware of the dangers of the ingredients they are using.

Today, the culture and news media is changing, but in 2004, this info wasn’t out there as much.  I wanted Feingold to make a commercial and show it on Nickelodeon, PBS, and Disney so mothers could learn about what was in the foods that were being heavily marketed to their kids.

But, Feingold is run by volunteers and what they charge basically just covers their cost.  They are a not for profit company.  They want to educate the world on what goes into our foods.  Sometimes, I wish they would charge more so that they would have the money to go after the government more (they still do), and put out commercials and the like.  They do do some of that stuff already.  Jane Hersey has been on big talk shows before (maybe even Oprah many years ago?), but not like it needs to be.  I think everyone, and especially mothers, should be aware of the Feingold Diet and what they teach you about what goes into our foods.

I wish they could give out their information and shopping guides for free, but then the Feingold Association would cease to exist.  They need some money to keep it going and running.

For me personally, $83 (the current price in 2015 is now $89 for the hard copy and $69 for the PDF) is a drop in the bucket compared to what I might spend had I not known about Feingold.  I could be spending money on ADHD drugs (though I can’t imagine ever getting to that point), on numerous doctor visits (my kids stopped getting sick nearly as much once we started the diet, saving me WAY more than $83 on doctor visit co-pays, and over the counter medicines), on potential therapies, on eating out (we stopped eating out as much, which wasn’t an awful thing either by the way).  Before Feingold, I HATED going out to eat with my kids (namely my son – sorry, honey.)  He was awful!  He couldn’t sit still in his seat.  He was constantly under the table, switching sides, running around the table, through the restaurant, etc., etc.  I always thought he would outgrow this and it was just a phase at his age, but time kept passing and he was getting no better.  I dreamed of the day when my kids were older and we could sit down to a meal at a restaurant in peace.  That day happened soon after we started the diet, which was such a welcome relief!  But, now we don’t even go out to eat very much just because of preference really.  I don’t like to spend the money, and healthwise, I just don’t trust what kind of food they are feeding us.  But, it’s nice to be able to go out and have my kids be able to behave (for the most part.)  🙂  You can go out to eat on the diet by the way.  We just stick to more of the basics like hamburgers and steak on the occassions that we do.

We save a whole lot by bringing our own food to places.  Movies are one example.  We make our own popcorn and bring our own drinks to movies.  I have 4 kids, so that would add up fast if we had to buy it.  I put it all in a backpack and if they ever ask (they never once have). I just tell them my kids have allergies.  Had we not started the diet, I don’t think I would have even thought to bring my own food places.  And if you think that’s just too weird, just drop your pride.  It’s really no big deal after you get used to it.   And today, so many kids have allergies (partly due to the junk they are eating), that no one bats an eye anymore.  I save a boatload at places like Six Flags Great America and Disney parks.  I look at what my extended family is paying for their food and I’m so glad we’re not paying that.

I now make my own cakes for birthday parties, which I figure saves me about $20 per person per year, which comes out to about $100 for me.  Some people already make their own cakes or bring their own food places, but I think for the average middle class family, they don’t even think twice about it, and it’s those little things that add up.

I also think of it this way, I’d much rather pay $83 now, than be paying who knows how much later in life if heaven forbid my child comes down with some medical condition from eating so much junk his whole life.  Every parent would come up with the money to treat their child, no matter what the cost.  I see the Feingold Diet as a tool of prevention.  It’s normal to hear of people talk about how they now have to watch what they eat, because they’ve had cancer.  Why not watch what you eat before you get cancer?  I don’t want to wait until that day to change the way my family eats.

Of course, doing the Feingold Diet is not your gateway to health, but it’s definitely a start and a baby step in the right direction.  Most families cannot go from eating the typical American diet to eating all whole foods and nothing processed.  Feingold helps you make wiser choices and gets you thinking about what is going into the foods you are feeding your family.  From there, it is in your hands.

My son did a science project last year on the affects of dyes on plants.  He did some research and discovered that there have been numerous studies showing that dyes fed to mice, caused various tumors, particularly in the kidneys of the mice.  I’m thinking this is because the kidneys filter out the toxins and other bad stuff.

Lastly, I feel the advise and wisdom you will find on the Feingold boards from other moms who have been there is priceless!  I learned way more from the other moms than I would have from the Feingold materials alone.  My first experience when going on the boards was one of relief.  I was so relieved to find out that I was not the only one with a child like mine.  I no longer felt alone.  There were hundreds of other families going through the exact same thing I was, and I never realized it!  I was SO glad to have found them.  Being able to talk to other moms and being able to post your specific questions (and I asked LOTS) and get immediate answers from caring, empathetic moms, was worth WAY more than $83.

You can pay $75 for one hour with a therapist, and if I had to live a couple more years with my son the way he was, I would’ve needed many hours of therapy!  I would not have had any more kids, and my house would have been far less peaceful, and much more chaotic.  So, if you ask me if Feingold is worth the $83, I would have to say YES!  🙂

It reminds me of those commericials:

…the peace of mind knowing I’m feeding my kids food that is not laden with chemicals
…my son getting asked on his very first playdate a few weeks after starting the diet
…being able to look into my son’s big beautiful eyes b/c he could now make eye contact and he was sitting still for the first time in his life!
…not getting anymore calls and notes from the teacher for his misbehavior
…getting to know my son for who he is, and not a boy controlled by the ingredients in his food
…reading his report cards year after year since starting the diet with teacher after teacher saying what a pleasure my son is to have in class!

3-Day Trial of the Feingold Diet

Not Quite Ready to Start The Feingold Diet?

For Feingold recipes, visit my recipe blog:
All Natural Recipes.
For an insider’s view on the Feingold Diet, and tips and encouragement in getting started, check out my new book, “All Natural Mom’s Guide to the Feingold Diet” now available on Amazon in e-book and paperback! 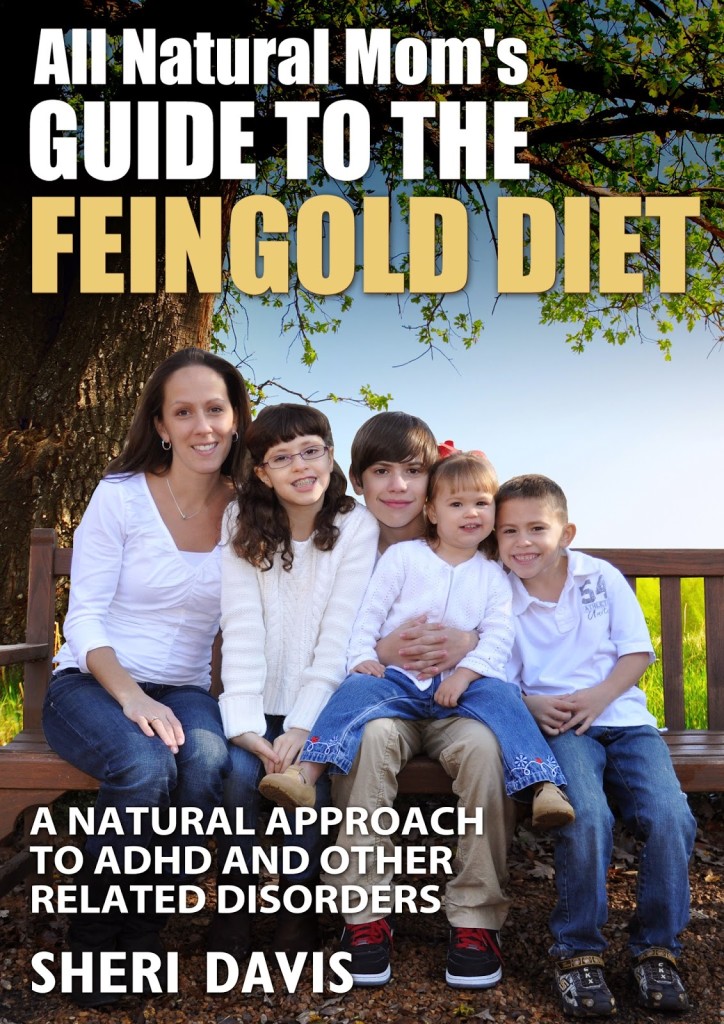