I had a good laugh today when I picked up my 3-year old from the nursery after my Bible study. I was told that the child care director said to tell me that I was no longer “allowed” to send in potato chips for my daughter for snack because the other kids wanted them. I could only bring in fruit or veggies or crackers. Now I might have been a little more open to this, had the director come to me and asked, “Is there any way you could send something other than potato chips for your daughter? It caused a little bit of a stir in class today.”

I would have been able to explain that my daughter has several food allergies and it’s difficult to find snack foods that she can eat. At home, we don’t eat many processed snack type foods. I would tell her that I would try to send in fruit each week, but that I couldn’t promise I could do that every week. Instead of saying all that though, I just laughed and said OK.

I could have gotten upset, but this is my fourth child, and this is not the first time I’ve come up against something like this. When my son was getting ready to start preschool, I discussed with his teacher his food allergies and told her how he was susceptible to seizures if he ate gluten or dairy. I explained that I would send him his own snack every day and that I had already talked to him about it. Then I mentioned how excited he was because I bought him a new SpiderMan lunchbox to bring his snack in every day. She told me he would not be allowed to use the SpiderMan lunch box because the other kids would be jealous! He would have to bring it in in a plain plastic or brown paper bag. Are you kidding me? I didn’t end up sending him to that preschool thank goodness.

But what I really wanted to say to this child care worker today was, “Instead of restricting what my child is allowed to bring for her snack, why not take this opportunity to teach these 3 and 4 year-olds that God made each of us different and teach them how to sympathize and think of others and not just themselves. They should explain that some kids can eat anything they want without any problems. But some kids, have food allergies and will get sick if they eat certain foods so they have to eat something different. This little girl has food allergies and she cannot eat the goldfish like you guys can, so she brings her own snack and it might be something different from what you’re all eating, and that’s OK. We’re all different. Do any of you know anyone with food allergies?”

And start a conversation and teach these kids that life is not all about them and to show love to other kids who cannot eat the same foods that they get to eat. My kids are not the only ones with food allergies – not by far. These other kids are inadvertently being taught that they should get whatever anyone else is having and if they can’t, then that person should not be allowed to have it either. What a self-centered and terrible thing to be teaching our kids.

My daughter is the one who is not getting to eat what she wants (though she has never once complained when she walks out of the nursery). Maybe she really wants some goldfish. She’s learning the lesson that she can’t always get what she wants and she’s learning not to covet but to be content with what she’s got and I think that’s way more valuable than any snack food.

I have four kids, each with different food allergies. My oldest can have dairy and gluten and my younger three cannot. My kids are learning at a young age that they are not entitled to something just because someone else can have it. They are learning that the world does not revolve around them. Of course, they are still kids and this doesn’t always go over smoothly, but in general they know that life isn’t always fair and everyone is different.

And by the way, I usually send her strawberries only for her snack but today I had some Ruffles in her lunch bag too for the ride home. Decent GFCF, egg free and soy free crackers are hard to come by and are very expensive. I may not always have fresh fruit in the house and may have to send in Tings (like Cheetos) or some other kind of snack that might cause the other kids to covet. 🙂

And veggies? Well, like many 3-year old’s, my daughter’s not a fan of uncooked veggies and she’d probably choke on half the stuff. (She has a poor bite from her pacifier!) Could I make homemade GFCF crackers? Yes, but do I want to? No! I cook enough stuff from scratch. I have to draw the line somewhere.

So, my advice to any of you out there who work with kids? Let the kids with allergies bring whatever they want! If you want to go home and make some GFCF crackers for my child from scratch, feel free. But please don’t make unnecessary restrictions on my child, when they are already restricted in what they can eat.

Teach the other kids about food allergies and don’t do to my child what you are trying to prevent in the other children. You want the other children not to feel left out from some good treat but my kids are left out every time and no one feels sorry for them or tries to make life any easier for them. My kids didn’t ask to have serious, sometimes life-threatening reactions to certain foods. If they want to bring in a snack that is just a little bit cooler or better than the other kids, then let them! It’s a very small thing that might just make the world of difference to a small child who has to sit and watch other kids eat something different than them day in and day out.

So what am I sending in for snack next week? I’m going to cut up her fruit in cool shapes using small cookie cutters. Or maybe I’ll make little fruit kabobs using our colored sword toothpicks. Or make melon balls. Or decorate a banana like a ghost using chocolate chips. Or make a jack-o-lantern out of an orange. 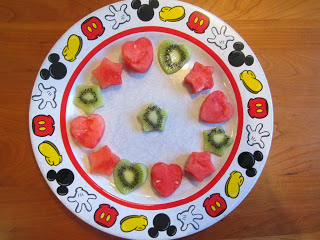 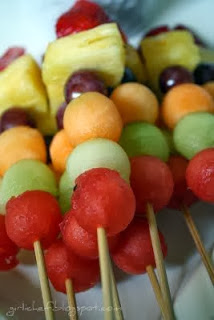 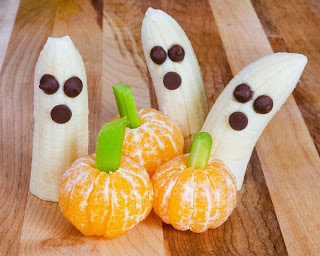 And I’m kind of leaning towards this one for Christmas… 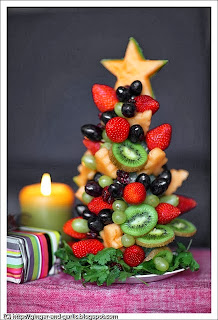 Yeah, I may have a slight issue with authority. 😉

Look for my new e-book “All Natural Mom’s Guide to the Feingold Diet” coming August 11, 2014 to Kindle!